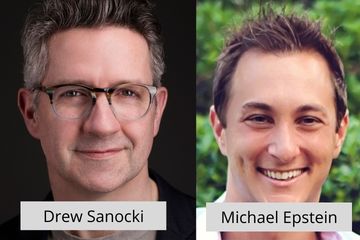 Michael Epstein: We were interested in the direct mail space and software-as-a-service. We had an idea of creating and sending direct mail as easy as email and doing it through a SaaS platform. We found this company, which shared a vision for the product and had a good start and understanding of how to execute.
Bandholz: What’s the cost?
Epstein: I’m on LinkedIn and Twitter, too.
Direct mail is back. The anti-tracking privacy changes of iOS 14 have forced merchants to seek alternatives to Facebook advertising. For Drew Sanocki and Michael Epstein, owners of PostPilot, a direct-mail provider, the fallout has produced a windfall. Eric Bandholz: Tell us about PostPilot.
Bandholz: How do merchants execute direct mail campaigns?
A common mistake is having too broad of segments, such as targeting everybody that hasn’t purchased in 90 days. It’s better to segment those customers into cohorts, perhaps one-time versus repeat buyers.
Epstein: Typical ecommerce open rates for email campaigns are around 20%. That’s from active subscribers. Eighty percent are not engaging, in other words. That’s a lot of potential revenue by adding direct mail.
Last November was huge for us. We made several hundred thousand dollars in revenue in that month alone. We did some digging. We found that iOS 14 privacy changes, allowing consumers not to be tracked, had hurt the Facebook ad performance of many direct-to-consumer brands. That drove a surge in interest in direct mail. Fortunately, we were in a position to capture that demand. It’s been off to the races since then.
We’ll move to up-funnel acquisition after addressing retention.
Epstein: Basic messaging works well, such as “It’s been a while. We miss you.” We typically suggest an incentive with an expiration date. Getting them to come back takes a bit of a nudge. Adding a QR code reduces friction, sending recipients directly to the site, such as a landing page or even an abandoned cart. Our integration with Shopify automatically applies a coupon code.
“Last November was huge for us,” Sanocki told me. “We made several hundred thousand dollars in revenue that month alone.”
Drew Sanocki: Michael and I have 20 years in ecommerce. We managed brands, and then we started buying and selling companies. Throughout our careers, we’ve both used direct mail. We’ve found that it works well. Not a lot of direct-to-consumer brands are using it. Three years ago, we acquired what is now PostPilot, a software platform that automates direct mail. The goal is to make it as easy to use as email. We say it’s Klaviyo for postcards.
Epstein: We recommend starting with a minimum segment size — 500 to 1,000 — to get relevant data and understand how it works. Typically, we charge Epstein: PostPilot natively integrates with Shopify and Klaviyo. You can segment customers based on transactional data from Shopify, similar to an email campaign. Then you can trigger an automated postcard flow. You can set the trigger to say, “Customer purchased product X. She has not come back within 35 days to buy another product. Let’s trigger a campaign on day 35 that’s personalized and goes out to her with an incentive to come back and buy.”
Initially we used a printing partner. Ultimately, we realized we wanted more control over the quality, so we built a production center in South Carolina. We now do all the printing and production there. We also have more control over the supply chain.
We’ve experienced a lot of success this year.
We also have our “Godfather Offer” — it’s hard to refuse. We’ll let you test for free if we think PostPilot will work for your company.
Sanocki: You can mail almost anything, so it’s as much the message as it is the medium. We try to focus on three or four standard postcard sizes and get the customers to concentrate on the content. What’s the offer? What’s the target market?
If you identify the customers that have not bought from you for a while, bringing them back into the fold is always the most cost-effective and the highest return. You’ve already acquired them. You’ve got their email and physical address. So it’s a matter of re-introducing them to the brand.
Sanocki: Our website is PostPilot.com. I’m on LinkedIn and Twitter.
Sanocki: Again, they should start with retention. Identify and segment defecting customers, then send postcards to win them back. There’s almost always ROI with postcard campaigns focusing on post-purchase cross-sells, upsells, and even abandoned carts. An ROI of 14 for those campaigns is common.
Bandholz: What are the best calls to action for direct mail?
Tracking the ROI of each segment helps direct where the money is spent.
I recently spoke with both entrepreneurs. The entire audio of our conversation is embedded below. The transcript is edited for length and clarity.
PostPilot’s postcard campaigns mimic email — integrate with an ecommerce platform, segment recipients, and create triggers for automated mailings. “It’s Klaviyo for postcards,” stated Sanocki.
Sanocki: Most merchants focus on customer acquisition, but it’s expensive. Marketers should instead focus on retention and increasing the lifetime value of existing customers. Then turn to acquisition. You’ll get a higher ROI because you’ve built a better net. Everything that happens post-purchase will make your investment go further on the acquisition side.
Bandholz: How can listeners connect with you?