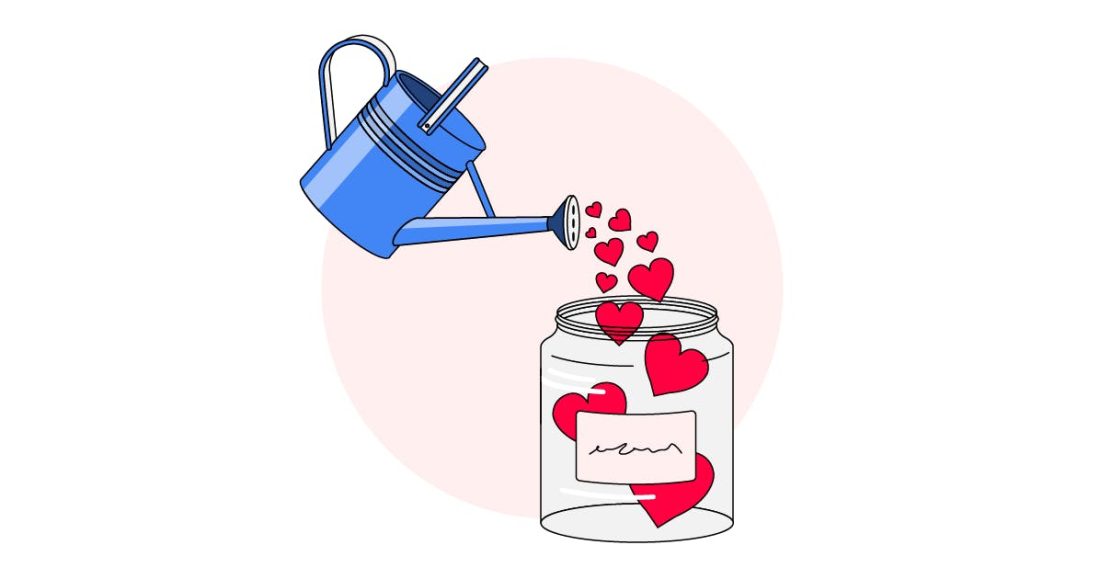 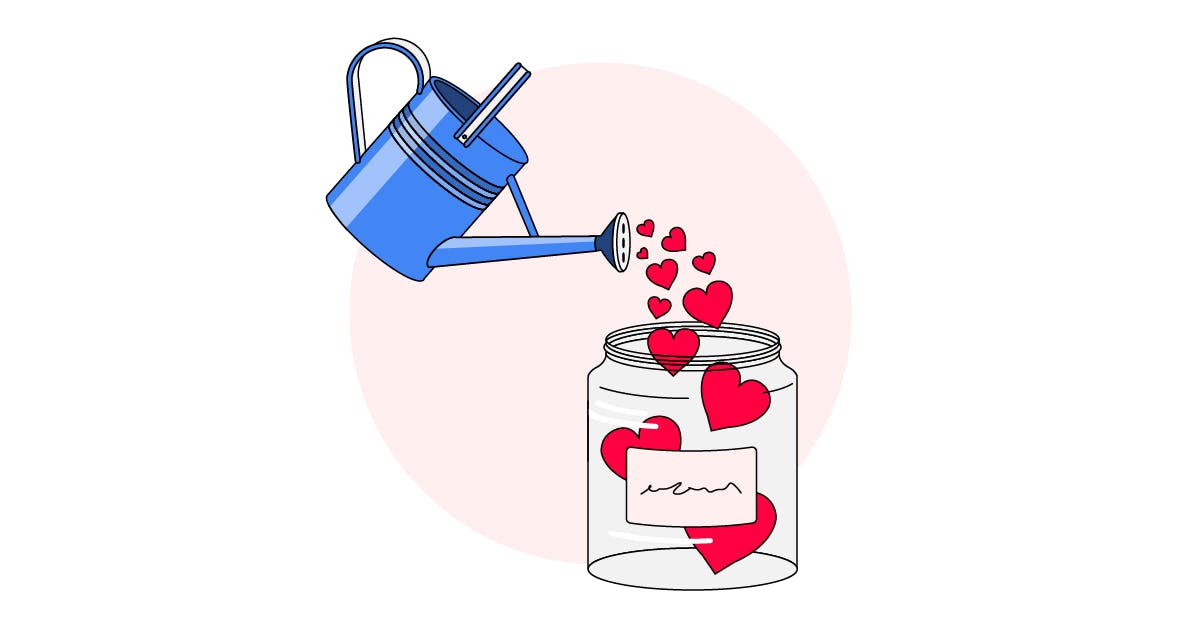 — GOSHCharity (@GOSHCharity) December 1, 2020
The Covid-19 pandemic has certainly brought the importance of digital channels to the forefront, with many more charities investing in social campaigns to communicate with consumers, in the places that they are increasingly spending time in.

Indeed, the British Red Cross has experimented with different types of content on the app, including hashtag challenges, behind the scenes insight, and videos that are more serious in tone. The latter has proven to resonate the most, with videos related to loneliness and mental health generating millions of views for the charity.
Covid-19 has had a big financial impact on charities, with 52.6% of UK companies registering a decrease in marketing budgets in Q3 2020. For Marie Curie, user generated content remains one of the most cost-effective solutions in the context of budget cuts, enabling the charity to continue spreading its message via its loyal brand ambassadors.

If they heard the song, losers were asked to make a donation to Great Ormond Street, and to tweet using the related hashtag. According to reports, the charity generated 1.4 million impressions with an engagement rate of 3%.
Social Media Strategy Best Practice Guide
Here’s how music makes Hannah feel. How has music shaped your life? #MusicShapedMe #youthmusic #yourturn #ukmusic #uktalent
#Whamageddon has begun.

Ahead of the event, Shelter emailed attendees asking them to display a drawing of a house in their window in support of the charity, and to raise further awareness of the cause.

The British Red Cross is another charity to generate success on TikTok. In fact, the app is now the charity’s largest social audience, with over 390,000 followers and videos totaling 6.6m likes.
Great Ormond Street chose to create a little fun on social media for Christmas 2020, challenging its Twitter followers to partake in the annual #Whamageddon challenge. The aim of the challenge is to avoid hearing Wham’s ‘Last Christmas’ for the entirety of the festive period.
According to Charity Digital, the ‘Music Shaped Me’ campaign generated 15 million engagements in the space of three weeks on TikTok, compared to just 16,000 on Twitter. This highlights the momentum that TikTok can give charity campaigns, with the app known for promoting content that aims to have a positive impact.
— Shelter (@Shelter) December 17, 2020

The Prince’s Trust Relief Fund was set up last year, in order to help young and vulnerable people access the support they need to get through the Covid-19 pandemic. To raise money, YouTuber and influencer Caspar Lee launched the #LookingForward campaign, enlisting a number of other celebrities and Prince’s Trust ambassadors to list what they’re looking forward to once the pandemic is over.

@youthmusic
Tune in for song, readings, stories from the people we help, as well as special appearances by @LordSpeaker & @LindsayHoyle_MP.
Speaking to IBT, Nana Crawford, Social Media Manager at British Red Cross, explains how the charity embraced TikTok for its ability to generate awareness rather than campaign goal conversions (which is difficult to track on the app). “For us it was a great opportunity to show just how relevant we are, and that we can produce content that appeals to a young audience in their style,” she says.

Part of the campaign was the #15minuteswithfame appeal, which gave donators to the charity the chance to win a 15 minute video call with celebrities including Amir Khan, David Walliams, and Emma Thompson.

Get tickets: https://t.co/SAAKzKr7e3 pic.twitter.com/SBxe7R8YjU
The campaign video encourages users to do the same, as well as support Lee in his fundraising mission of raising £10,000 to help 1,000 young people. By tagging five people in each video, the aim of the campaign was to amplify the message, and spread the word across social.
— David Walliams HQ (@davidwalliams) May 22, 2020

Marie Curie enlisted the help of nurses, patients, and volunteers to tell their stories across social media in 2020, with many explaining how they’re coping with the pandemic as well as what they’re doing to help the charity. One of the most memorable stories came from Lin Dalton, a 63-year old cancer patient who documented her day-to-day-life for Marie Curie’s social channels up until her death in June 2020. With social media users heavily investing in Lin and many others’ stories, USG remains a powerful tool for charities going into 2021.
Refuge ramped up its digital fundraising efforts throughout 2020, in a bid to keep the charity front-of-mind for supporters as well as those in need. Part of this was its ‘Background of Support’ initiative, which involved creating a downloadable background for people to show solidarity with the charity when using platforms like Zoom, Google Hangout or Microsoft Teams.

Alongside a powerful stat about the number of women affected by domestic abuse, the background also included a QR code for chat participants to directly donate.
Join us at 7.30pm to watch @parliamentchoir performing a carol concert for Shelter from @StJohnsSmithSq.

Here are a few recent and inspiring examples.
— Marie Curie (@mariecurieuk) March 22, 2020
According to Third Sector, the campaign surpassed expectations, with Barnardos raising more than £250,000 through the campaign, nearly trebling its digital income target of £92,000. With marketing budgets likely to remain stretched this year, we are bound to see many more social campaigns from charities to come.

The Princes’ Trust and #LookingForward

[embedded content]
It made for a simple yet fun campaign, and with ‘Last Christmas’ reaching the top of the charts for Christmas 2020 – the first time since its release 36 years ago – the charity is likely to have seen a boost in funds thanks to the song’s renewed popularity.
Read more about Lin’s story including how to stay positive in self isolation: https://t.co/vVjIk7oJ23 https://t.co/VzvQwreb5o

Put your Zoom background to work!
This year, play to raise money for @GreatOrmondSt. If you get #Whammed, make a donation at https://t.co/WXqoNvIw5n and we’ll give it to someone special.
Loneliness can be described in many ways, but you can get through it. #whenimlonely #yourenotalone

@britishredcross
Youth Music is a charity that invests in music-related projects to support the well-being and development of young people and children. In 2020, the charity turned to TikTok in order to tap into and engage this demographic, as well as increase overall visibility of the campaign and its message. ‘Music Shaped Me’ involved asking users to share videos detailing how music has helped to transform their lives.
♬ Home – Edith Whiskers

I’ve joined with @Barnardos to offer you the chance to win a virtual hang out with me! Click the link to find out more https://t.co/IOTObrgrBs #15MinutesWithFame
With its retail stores closed due to lockdowns, Barnardo’s has doubled down on digital efforts to raise funds for vulnerable children and families. In spring 2020, it launched an online acquisition campaign in order to build audiences and capture user data.

With many festive events unable to go ahead due to the pandemic, Christmas 2020 also saw Shelter hold the ‘UK’s biggest carol concert’ – a virtual concert to support and raise funds for people facing homelessness.
A simple but clever idea, and while many charities made use of video conferencing backgrounds throughout the pandemic, Refuge was one of the first to turn it into a donation space.

Promoted across social channels throughout December, the ‘Hope Home Song Concert’ was attended by over 18,000 people when streamed live. Those who bought tickets could also stream the concert at any time during the same month. Nationwide partnered with Shelter for the campaign, pledging to match donations of up to £43,000.

Lin has been so generous in sharing her story so that everyone can understand what it’s like living with a terminal illness right now.