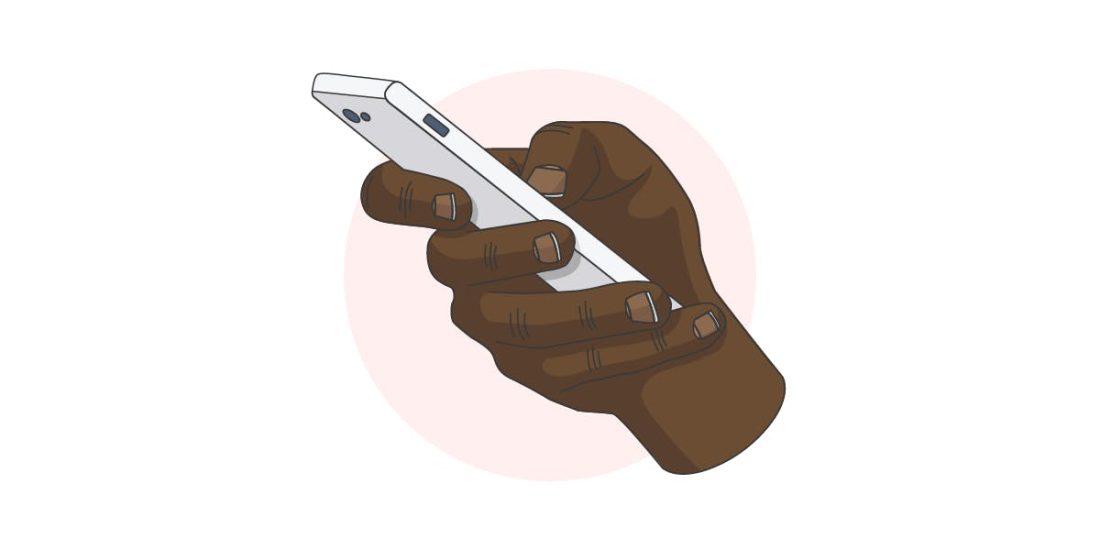 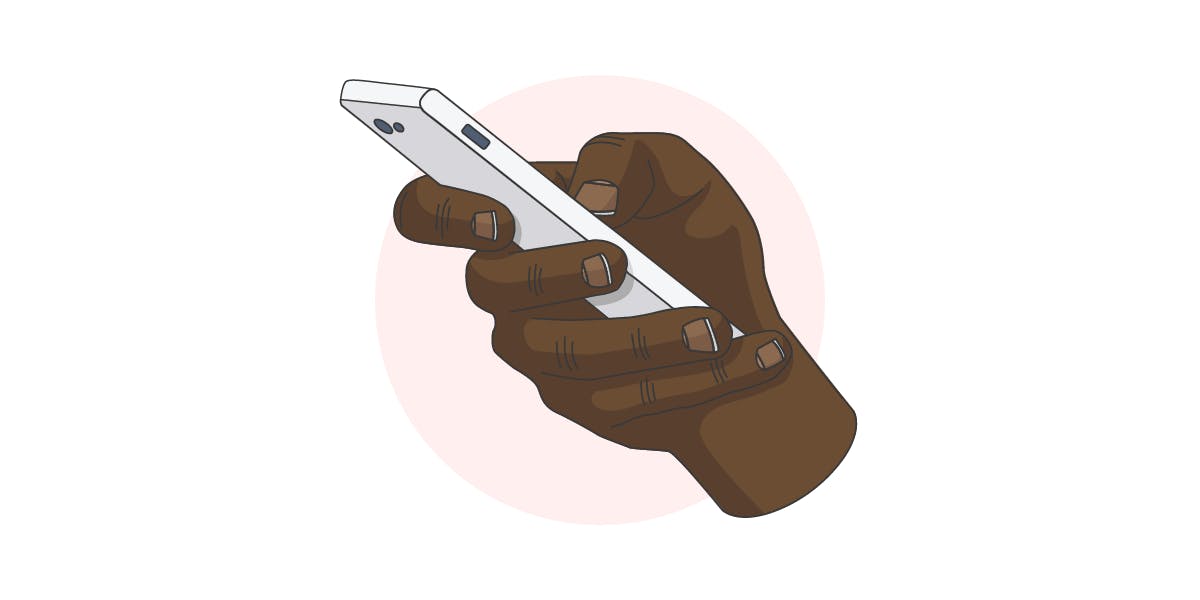 Influencers are a big part of social media, but push-back against inauthentic and shallow marketing activity has undoubtedly surged in the past few years, while a drive for more expert-led learning content has increased. Tom Jarvis, Founder & CEO of Wilderness Agency, predicted this back in 2021, telling Econsultancy that the digitisation of education is likely to “filter down in the type of content people want to consume and a shift in the traditional influencer model from what I would call “product placement” to “instruction as influence.”
Despite its position as one of the top five most popular social media apps, Instagram isn’t without its problems, with the platform repeatedly being linked to the harmful effects of social media – particularly when it comes to the mental health of young people. As the APA’s Zara Abrams states, “By design, the app capitalizes on users’ biological drive for social belonging—and nudges them to keep on scrolling.”
Though social media usage and users increased in the pandemic, we are seeing something of a shift in attitude at the moment, with younger consumers seeking out new social experiences (and moving increasingly away from Facebook). Indeed, Facebook reported a dip in monthly active users for the first time back in February.
Poparazzi is another app that focuses on candid photo sharing, enabling users to create a photo feed that only their friends can post to. But while Poparazzi enjoyed a spurt of popularity last year, it has since been overshadowed by BeReal. According to Apptopia, 65% of BeReal’s lifetime downloads have taken place in 2022, with its monthly active users growing 315% in the year-to-date.

While it’s a stretch to think these relatively new social apps could replace these behemoth platforms any time soon, TikTok’s rapid rise is certainly evidence of the fact that the social media landscape is not fixed – and neither is the loyalty or behaviour of users.
What we could see in the near future, then, is big social media platforms taking note. And while many have already instilled optional limits such as ‘Time Spent’ – new features to directly re-define user behaviour could be next.
It’s also undeniable that these new apps share a common theme – a quest to redefine user behaviour on social, and to create experiences that are fundamentally more meaningful, mindful, and ultimately valuable for the user.
Ironically, anyone can give advice on Anyone – as long as they pass the vetting and verification process, which aims to ensure they have something to offer. This is also another part of the app’s appeal, as it aims to contribute to the booming creator economy (or ‘passion economy’ – a term which denotes new ways for people to monetise their unique skills or knowledge).

Let’s look at three of them…
Notably, many of these new apps are designed to encourage mindful usage, and shape new user behaviours. So, could the growing popularity of these apps signal a new era for social?

Dating apps have played around with these kinds of rules before – Bumble famously only allows women to reach out first, while Clover encourages users to video chat (or go on a ‘virtual’ date). In a similar vein to Thursday, dating app Once also uses an algorithm to deliver users just one match per day, encouraging them to take more time when considering potential matches (compared to other fast-paced apps).
The question is… will it be just another short-lived trend? Potentially, but alongside the demand for authentic photo-sharing, BeReal could generate long-term retention due to the fact that it is habit-forming, with users becoming hooked on its once-a-day push notification prompting them to partake.
It’s unlikely that it will rival TikTok, as there’s a chance that its (deliberate) limitations could eventually hinder overall engagement and growth – but then again, an expansion or change to the format is likely, if indeed it takes off.
— Thursday (@thursdaydating) March 16, 2022
Social media usage levels might be high, but mindless scrolling is an issue for many people, often leading to passive engagement on social platforms rather than meaningful or positive experiences. This is also particularly the case when it comes to certain types of apps, such as dating, where gamification – and the instantaneous decision to swipe right or left – can leave users feeling overwhelmed with choice and simultaneously under-whelmed by any potential matches.

Influencer Marketing Best Practice Guide
TikTok was pitched as the antithesis of Instagram in 2020 – and while it also has its own issues, more so in terms of trolling and online hate – its focus on casual, off-the-cuff, and authentically-created content is a large part of its success. TikTok’s growth appears to have inspired the creation of BeReal, a new photo-sharing app that shares a similar concept. In short, it asks users to share two photos (taken from their front and back cameras) of whatever they are doing in the moment they receive a daily notification.
So, will we see a further shift in social media, with users moving away from LinkedIn and Instagram towards Anyone and BeReal?
Mr Porter is the latest company to join Anyone, with staff in global teams including marketing and ecommerce teams appearing on the app to offer advice and support related to career and personal development. In doing so, Mr Porter is also able to further its own philanthropic efforts, as with every call it receives on Anyone, the company will make a donation to its ‘Health In Mind’ charity (rather than receive a monetary payment), which is dedicated to helping men lead happier, healthier and more fulfilling lives.
Again, like BeReal’s once-a-day notification, Anyone’s five-minute angle aims to leave users wanting more, with the hope that this limit will also fuel transactions on the platform. At the same time, it is designed to give people an easy and accessible way to give back, simply by giving them a tool to do so. Speaking on the Scandinavian MIND podcast, founder David Orlic said: “We envision Anyone as this ‘link in bio’ type of infrastructure, where you can just direct people there any time someone DM or emails you asking for something quick. You can just say ‘my calendar is a mess – I’m on Anyone.’”
Of course, it remains to be seen how these limits will truly affect the dynamics on dating apps, as user intentions are always unknown. However, with apps like Thursday gaining traction, it’s an interesting evolution of the dating app industry.

Will new user behaviour signal a shift in the social media landscape?

In contrast, TikTok continues to see growth, being named as the world’s most downloaded app in Q1 2022. The popularity of the video-sharing app – driven by its authenticity, creativity, and accessibility – has also spurred on a new trend in social media, and the arrival of other apps that mirror its pursuit of ‘realness’.
So I rented a ???? from @JACamels for hump day, his name is Kokoso and he loves meeting new people ???? pic.twitter.com/fvlj8xvOqR
A new dating app, Thursday, aims to combat ‘dating fatigue’ by reducing the amount of time people can use it to just one day a week. In doing so, the aim is to instil a sense of urgency, and encourage users to act quickly if they want to set up a date. According to reports, Thursday has been downloaded 750,000 times within the past nine months.
The marketplace is built on the premise that with so much noise online – particularly on social media – it can be difficult to provide genuine and human advice, and more importantly, to capture somebody’s undivided attention. A five-minute one-to-one phone call enables a more human connection, and differs from other mediums such as video, which can be too distracting, and other time-consuming formats that are difficult to fit into the schedules of experts. It also builds on growth of social audio, which we’ve already seen from the continued popularity of podcasts as well as the brief successes of platforms such as Clubhouse and Beams.

Indeed, we are now seeing further evidence of this in the creation of social apps like Anyone – a new short-form audio app that describes itself as a ‘marketplace for five-minute conversations, enabling millions of people to monetise their knowledge in a creative way, while helping millions more to save time, learn, and get inspired.’