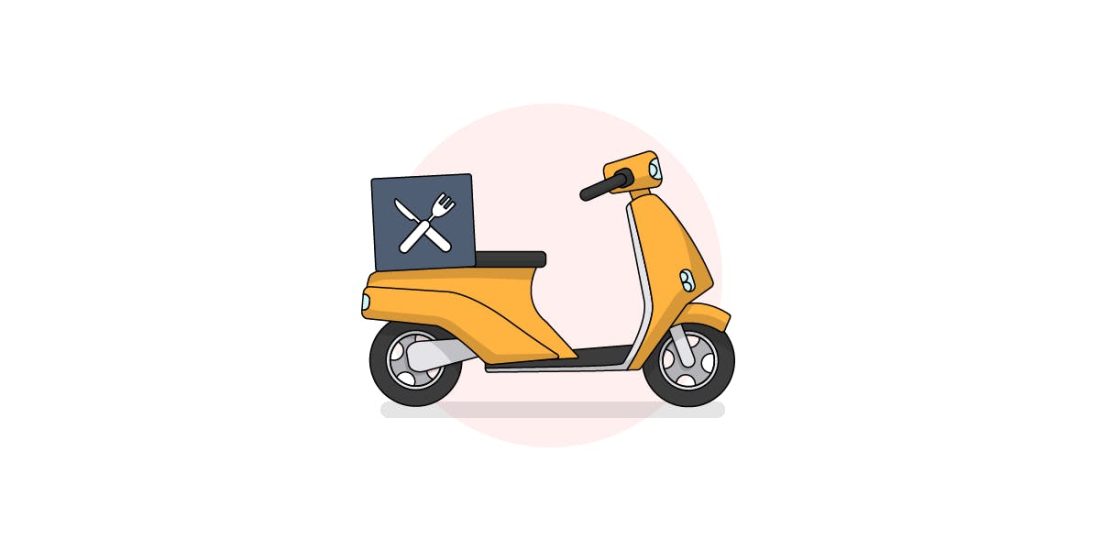 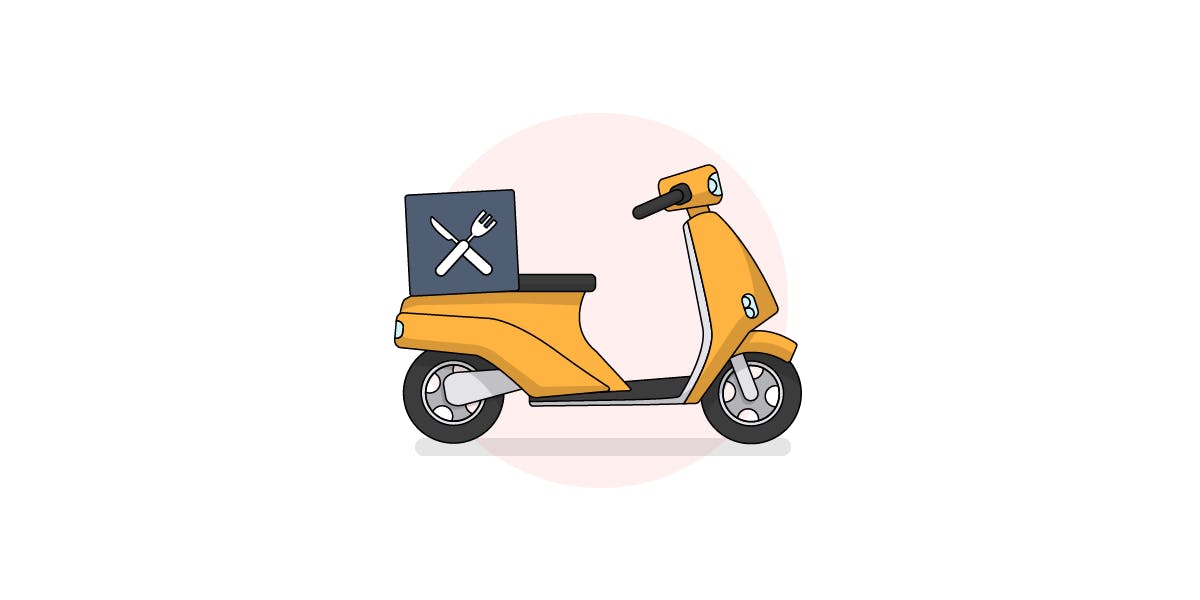 Indeed, we are already seeing increased investment in micro fulfilment centres, which in the q-commerce world are sometimes called ‘dark stores’ but for larger grocers use greater automation to improve efficiency on bigger home delivery orders. One big investor is Ocado, which sells its technology to other retailers including Morrisons, Kroger, and Casino. Earlier this year, Ocado announced a number of new updates to its Ocado Smart Platform including lighter robots and an on-grid robotic arm to further automate picking. The result of this technology is faster and ultimately more efficient fulfilment operations. According to Tim Steiner, CEO of Ocado Group, Ocado’s new system could help to reduce labour costs by 40% in the long term, while 50% of customer orders can be delivered within four hours, compared to 10%.
So, how is the q-commerce market faring, and what does it mean for the wider grocery retail industry?
Many of these companies have since been met with challenges, leading some to cut staff and even cease operations. At the same time, some supermarkets are expanding their rapid delivery trials and partnerships, suggesting that the model still holds value.
And though Deliveroo is not yet profitable and losses have risen markedly, its pre-tax loss of £147 million in its recent half-year results did beat analyst estimates. The company also reported a 10% increase in deliveries year on year to 160 million in the first six months of 2022, while monthly active customers rose 4% to 7.8 million. As well as customer growth, Deliveroo’s new advertising platform could also aid its path to profitability longer term, with Deliveroo Media and Ecommerce now enabling brands to advertise on the app.

Q-commerce companies cut back as consumers head back to stores

Meanwhile, Tesco has also partnered with Uber Eats to strengthen its Whoosh one-hour delivery service, enabling couriers that use the Uber Eats app to fulfil Whoosh orders placed on Tesco.com or Tesco’s apps. Alongside new click-and-collect sites, Whoosh – which is due to be rolled out across 600 stores by the end of the year – is part of Tesco’s aim to be “serving more customers wherever, whenever and however they want”, as CEO Ken Murphy stated in Tesco’s preliminary results for 2021/2022.
Uber Eats and Deliveroo partnerships not only suggest that demand for rapid groceries is still there, but also that supermarkets are more confident in betting on the wider growth of these companies (in comparison to newer apps like Gorillas or Getir). This is likely since they are able to generate revenue from areas other than groceries, such as restaurant takeaways and other high street stores, such as pharmacies. Boots recently rolled out on Deliveroo, enabling users to order medicines, beauty products, as well as snacks and beverages.
Alongside business model headaches and competition within the rapid grocery market, q-commerce companies are dealing with customers that are increasingly reverting back to how they shopped before the pandemic, i.e. in-stores, as well as budgeting more carefully. According to Kantar figures, Aldi and Lidl have together gained 1.8% of British grocery sales over the three months to 7th August, representing a £2.3bn annual shift in spending.
Investment in q-commerce companies soared during the pandemic with consumers increasingly turning to rapid grocery services as an alternative to in-store shopping and with supermarket delivery slots often hard to come by.

Asda recently announced a new partnership with Deliveroo, which will see it roll out rapid grocery delivery from 15 stores in the UK, eventually reaching 300 by the end of the year, while Waitrose has also doubled its capacity on Deliveroo to over 2,000 product lines. Elsewhere, the Co-op has teamed-up with Uber Eats as part of its plans to expand its home delivery operations, enabling customers to rapidly order from 1,000 stores across the UK.
For supermarkets, whatever the endgame for the rapid grocery companies, consumer expectations continue to necessitate investment in omnichannel capabilities, whether it’s for local delivery, click-and-collect, or loyalty app users in-store. Writing for Forbes, Barry Clogan, Chief Product Officer at Wynshop, predicts: “Grocers will develop better digital and delivery capabilities. They will leverage their strengths in supply chain access, geographic proximity to shoppers, customer loyalty and merchandise variety.”
Companies including Jiffy, Gorillas, Getir, and Weezy emerged as competitors in the q-commerce space, each promising super-fast delivery and an app with a great UX.
Irrespective of inflation, former head of delivery operations at Jiffy, Quaid Combstock, suggests that the decline of q-commerce was inevitable. Speaking to the Guardian, he said: “The pandemic created a warped vision of the way people were going to buy their groceries in the decades to come.”
It doesn’t appear that rapid delivery will entirely disappear along with the pandemic, however. Despite the challenges facing rapid grocery delivery companies, we are still seeing big UK supermarkets invest in this area, mostly in deals with two of the biggest players in food delivery, Uber Eats and Deliveroo.

One company on the receiving end of investment post-pandemic was Jiffy, whose Series A round in September 2021 generated million. In May of this year, however, Jiffy announced that it would be ceasing customer-facing operations entirely, instead pivoting to a dedicated rapid delivery software company. In an interview with The Grocer, Jiffy CEO Vladimir Kholiaznikov explained that shifting to ‘Quick-Commerce as a Service’ (QCaaS) will enable Jiffy to turn a profit within a ‘shorter horizon’ than as a rapid grocer. The company reportedly has a number of brands and retailers interested in using its software, which as the Grocer states, “consists of 20 micro-services such as customer mobile apps, distributed warehouse management and real-time inventory management.”
Ultimately, consumers will have to accept the higher pricing (whether of products or delivery) that comes with the q-commerce model. And as introductory promotions and offers dwindle, consumers may decide it’s a level of convenience they can’t afford to make a habit of.
Tesco has also increased investment in fulfilment – the retailer now has five urban fulfilment centres in the UK. CEO Ken Murphy stated earlier this year that “In addition to providing extra capacity to allow our grocery home shopping business to grow UFCs also improved the economics. Our UFC pick rates are around four times the rate of manual picking,” stated Murphy.

What’s ahead for rapid grocery?

Small average order sizes coupled with high operational costs means that profit remains a challenge for rapid grocery companies, and with inflation squeezing consumer budgets even further, many are simply finding that margins are too low for profit to be generated. This is partly why we’ve seen the likes of Gorillas, Zapp, and Getir pull out of certain markets and reduce the size of their workforces. Getir has even been accused by former employees of shorting workers’ pay.
The future for rapid grocery companies like Getir and Gorillas remains uncertain, unless of course some diversify as Jiffy has with QCaaS. For big UK supermarkets, who are able to lean on existing customer relationships and economies of scale, partnerships with established delivery apps are likely to continue and perhaps flourish as consumer demand for rapid groceries remains, in urban areas at least.