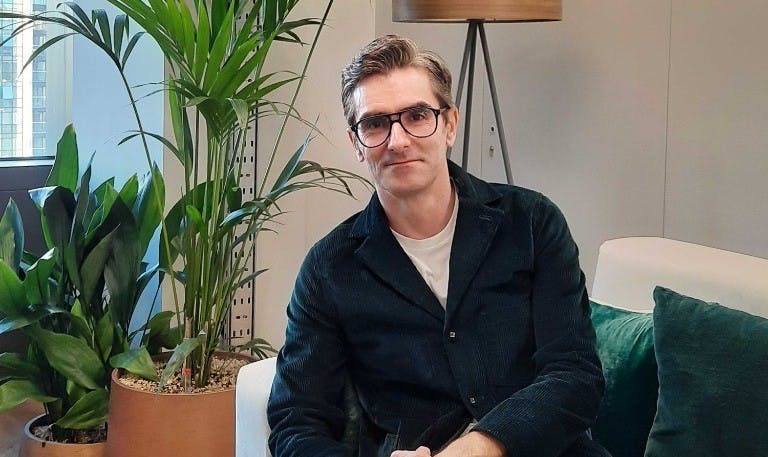 “Brands will be able to plug into those through a single integration, and I suppose what it gives us access to is 757 million Chinese consumers who’ve got a voracious appetite for luxury fashion.”
“The distribution ecosystem in fashion is going through a huge transformation.”

The state of luxury fashion in 2020

“All of that demand has now repatriated to China… so there’s a huge opportunity for brands to capitalise on that… with all those Chinese customers now moving online.” he continues.
“The glue that binds all of that together… is data.”
Accordingly, Farfetch’s strategy is mostly unchanged, but “moving forward at pace”, according to Jones.
“When Covid hit, our business reengineered, I suppose, to support those boutiques… many if not all of them actually had to shut shop… and the only way that they could sell was through Farfetch.”
He adds that not only have they been more resilient customers throughout 2020, but they are the demographic that is most likely to drive recovery in brick-and-mortar stores, too. As younger customers are more digitally native, they also appear to be more willing to buy luxury through online channels (while other consumers may prefer to try out products in real life before committing to a purchase).
Some brands are still in the early stages of aligning their online and offline experiences, having been alerted to discrepancies throughout the coronavirus crisis, whereas Jones believes Farfetch has been working on these kinds of customer experiences for some time. He cites one particularly successful example from 2018 when the brand worked with Chanel.
“The really exciting thing about this partnership is they’ll be able to fuse that in store technology, that is already live, with lots of the capability that Farfetch has been developing over the last 12 years.”
Luxury has especially struggled to adapt, seeing its all-important in-store footfall dry up almost overnight, and at a global scale. As a result, designer brands have had to put all their efforts into replicating the in-store experience, which they rely upon more than most other retail sectors, over on online channels.
The most prominent difference he’s seen has been spending changes caused by travel restrictions.
Jones shared his observations of the changes in the state of luxury fashion this year and what this means for innovation in the industry going forward.
Farfetch has been doing well in 2020. Despite a slight deceleration in growth between Q1 (up 90% year-on-year) and Q2 (up 74% year-on-year), the company has maintained very healthy revenue growth throughout the year, where many others in the industry have flatlined, or worse, contracted. Of course, this is partly down to its online-only presence, which has been helpful in attracting new customers as they flock online to shop, regardless of the challenges of selling luxury products virtually.
Jones explained that brands are increasingly thinking about both their ‘monobrand’ D2C propositions, as well as the ergonomics of in-store spaces. Brands have also been forced to consider more seriously how offline and online parts of their businesses can integrate into a more streamlined omnichannel presence.
Alibaba has invested .15 billion into Farfetch, launching it into the Tmall selling space – and, in particular, what Jones refers to as the ‘pinnacle’ of its platform, the Luxury Pavilion. The brand will also gain visibility on Luxury Soho (Tmall’s luxury outlet aimed at younger shoppers), and the Tmall Global marketplace which will offer further cross-border opportunities.
This confluence between online and offline channels is something the team at Farfetch likes to call ‘luxury new retail’, Jones explains.
Combining the merits of offline luxury selling with the scalability and opportunity online channels present to the industry is something luxury brands will likely have to take much more seriously going into the future, now that they have been dropped into the digital deep end by the pandemic.
A financial statement revealed the brand’s Q3 revenue alone rose by 71% year-on-year to 8 million. In the same press release, José Neves, CEO, Founder and Chairman at Farfetch called its success “the acceleration of the secular trend of online adoption in luxury – an industry that is still very underpenetrated.”

The digital shift at Farfetch

He continued that AR operated mirrors would then ‘beam in’ stylist recommendations based on what they were trying on and suggest other products that would complement their choices.
“All of that was about having those 800 small stores front and centre through the Farfetch experience.” Jones concludes.
Jones has also observed the major operational challenges and changes since consumers moved online en masse this year.
Fashion, luxury or not, has had a rockier time than most this year. With some brands smashing sales records and others collapsing into administration, 2020 has exposed how volatile the industry can become when customers unexpectedly and rapidly change their shopping behaviours.
“The spending power [has been] increasingly moving from parents to children… [Gen Z] are increasingly positioned as the new luxury shopping customers and what we’re observing is that they’re definitely driving a lot of the rebound.”
Meanwhile, the second evolution that the sector has been facing in recent months, Jones explains, is all to do with the age of those continuing to consume luxury goods throughout 2020.
The platform’s recent deal with Alibaba and Richemont also aims to address ways in which the brand can make further strides into luxury new retail. This partnership will enable the acceleration of Farfetch luxury sales in China where, as we learned earlier, a huge portion of its target market resides.
“People talk about [luxury new retail] as something for the future… but that future is already here [at] Farfetch.”

“We’ve acquired a million new customers over the last few months,” Jones reveals, “It’s interesting where they’ve come from because our research would indicate that the majority of these new customers were previously shopping offline… and most of those in department stores.”
First and foremost, he explains, this involved redirecting a lot of its editorial and content production to support these businesses, including assisting with the visual merchandising of the products they were offering. In addition, Farfetch lowered fees and helped transfer stock into its own central fulfilment centres if the boutique owners were unable, under the circumstances, to distribute products directly to customers themselves.
“When somebody walked into a Chanel boutique, the sales associates in store (through an app that was connected to the customer’s app) would know who they were and know what they’d got in their wishlist… had booked an appointment for them to come in store, and all those items that were in their digital wishlist would be miraculously waiting for them in the changing room.”
Farfetch also launched a campaign called ‘support boutiques’, which among other strategic moves, placed its smaller sellers on its main homepage to drive visibility.
“Whoever owns the young generation in luxury fashion now will own the future,” he reflects, “That is something we are very mindful of in our activity [at Farfetch].”
“75% of the new customers that we’ve magnetised to our platform are stating that they’re shopping more online now as a consequence of the pandemic and of those customers, 40% of their total fashion spend has now been displaced into Farfetch.”
Much of this new spend is clearly contributing to the continued growth the brand has seen over the last year. However, small luxury brands are less likely to have the capability to keep up with the digital demand, the likes of which Farfetch has experienced in 2020. As a result, Farfetch altered its marketing strategies to focus more intently on the 800 small boutique shops selling through its marketplace.
Earlier this month, at Econsultancy Live, Farfetch CMO Gareth Jones discussed the state of the luxury fashion industry in 2020, how Farfetch itself has dealt with rapid changes in consumer behaviour to reap success and how the brand’s partnership with Alibaba will help drive further growth.
This means where purchasing luxury fashion was once a predominantly cross-border activity, for example foreign tourists shopping at Selfridges or Harrods in central London, it has now become localised in specific countries or regions.
“Chinese customers in 2019 represented about 35% of global luxury fashion spend… but interestingly, 70% of that Chinese spend was when they were travelling – about billion of fashion spend [occurred] when they were on their travels.”
While he admits focusing on better providing an omnichannel experience isn’t a new strategy borne from the pandemic, brands are now having to fast track their efforts more than ever before to maximise revenue during this uncertain time and bounce back as successfully as possible once life begins returning to normal.