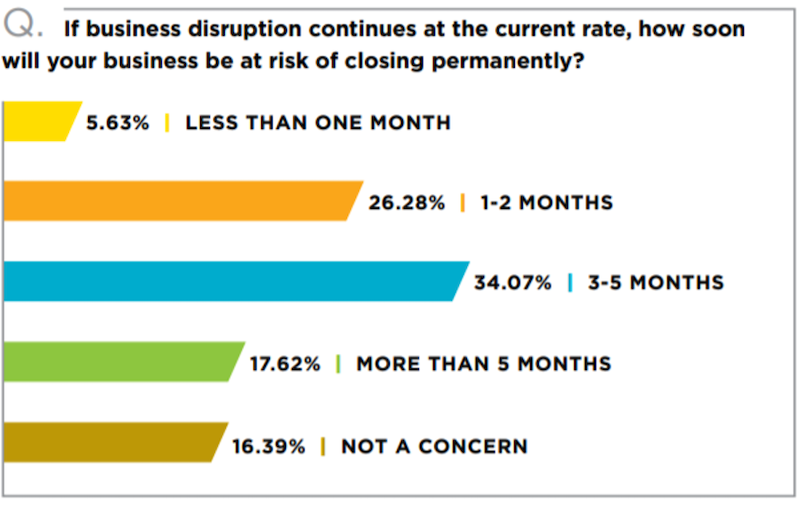 We need not tell you how much online gaming and media streaming services increased in usage during the pandemic. You have likely experienced this surge firsthand, at least in part. After all, when one is stuck in their own home, what else is there to do but find solace in digital entertainment?

To that end, the American Medical Association has predicted that moving forward, virtual healthcare could account for approximately 0 billion of health insurance spending in the United States, up from an estimated billion. For many, telehealth is a matter of significant convenience, allowing us to phone in from the comfort of our own home instead of waiting for several hours in a doctor’s office. It will also allow mobility-impaired far easier access to physicians and by association the medical care they require.
It is important to note here that not all game developers and publishers count as SaaS companies.  At the same time, however, SaaS has strong roots in the games industry, from digital distribution platforms like Steam to online games like World of Warcraft and League of Legends. And given that the vast majority of gaming is making the shift from offline and single-player to online and multiplayer, the future of gaming and SaaS are inextricably linked — and gaming is, by association, a fast-growing SaaS sector with a great deal of revenue potential.
Business to Business (B2B) software is arguably the biggest winner of the pandemic, a trend likely to continue as the world gradually returns to some semblance of normalcy.

Many Software-as-a-Service (SaaS) businesses, in particular, have thrived in the new climate created by COVID-19. Even when the pandemic eventually ends, it is likely that many of these organizations will continue along at their current momentum, as both businesses and consumers turn to the digital realm for support and entertainment. Those particular businesses include:

It went beyond even this, however, as noted by The Wall Street Journal.
In a survey released in April, insurance agency Main Street America found that two-thirds of small businesses would have to shut their doors if the lockdown had persisted for five months or more. Another 30% of businesses indicated they would be unable to even survive a two-month lockdown.
The coronavirus pandemic didn’t just change the world. It continues to do so. As a direct result of COVID-19, we’ve seen the rise and fall of multiple industries and sectors, alongside a massive shift in how we both live and work.
Telemedicine isn’t exactly a new field, nor are the underlying technologies particularly revolutionary.  It has, for years, allowed individuals living in remote regions to gain access to medical advice and diagnoses which they might otherwise be unable to receive. With the fears surrounding the spread of COVID-19, however, telemedicine has seen an even sharper upturn in usage than collaboration software.

30% of employees will work from home multiple days a week, while 80 percent of respondents indicated a desire to work from home “at least some of the time.”

As mentioned, COVID-19 forced many organizations to move, nearly overnight, from a traditional office to a fully distributed, remote workforce. Most lacked the necessary in-house infrastructure to support this transition. As a result, they turned to digital collaboration tools.
As such, although the barrier for entry into the SaaS telemedicine space is relatively high and saddled with myriad regulatory requirements, it nevertheless has incredible potential for growth.
It’s not just in the business realm that this software saw increased usage, either. In an effort to cope with the isolation and stress of quarantine, many people began using videoconferencing tools to stay in touch with friends and family. Digital date nights, movie nights, and meetups became common.
The AMA also reported that, according to consulting firm McKinsey & Company, 57% of healthcare providers view telemedicine in a more favorable light than before the pandemic, whilst 64% indicate that they would be more comfortable using it in their own practice.

With that in mind, here are the details as to why we believe these SaaS companies will perform incredibly well in a post-COVID world.

Again, once the worst of the pandemic has finally passed, we may see a slight decline in usage for both gaming and streaming media. At the same time, with such considerable surges in users and viewership, the outlook for these two entertainment sectors is highly positive. As we move from 2020 into 2021, expect digital entertainment to continue along its current growth path.
Many of the associated apps have uses beyond this space, as well. Apps like Netflix Party and Discord, for example, help people experience movies and media together. And more people are creating digital content than ever before. Online content creation was already reaching a fever pitch, and COVID-19 has resulted in a surge like never before —meaning there is an opportunity for content hosting here, as well.
Christopher Moore is the Chief Marketing Officer at Quiet Light Brokerage, an entrepreneur-led organization that aids in the preparation, marketing, negotiation, and closing on sales and acquisitions of six, seven, and eight-figure online businesses. He has a strong background in non-profit management and media.
These shifts, as are many of the changes that result from periods of great turmoil, are permanent. Just as the recent Great Recession led to the creation of companies like Uber, Airbnb, and Venmo, COVID-19 will see the rise and fall of many new businesses, and lasting changes across many industries. The SaaS businesses described above are the clear winners in this shift, but they are not the only victors.

At this point, it seems safe to say that the novel coronavirus represents one of the most significant business disruptions in the past several decades. Although a transition to remote work and e-commerce was already in progress, the pandemic moved that shift forward with breakneck speed, forcing it on many businesses that were in no way prepared. Unsurprisingly, many of them have had a great deal of difficulty adapting.

Platforms like Zoom, Slack, Uberconference, Clockify, Notion, Fuze, Quite, Microsoft SharePoint, and Google Drive have experienced a massive surge in usage over the past several months. Zoom, in particular, saw usage up approximately 300 percent in the early days of quarantine, per JP Morgan analyst Sterling Auty. Microsoft, meanwhile, mentioned in a March blog post that it saw a 775% increase in calls and meetings on Microsoft Teams, its business communication platform.
Analyst and consulting firm Deloitte predicted early in the pandemic that media streaming services would greatly benefit from the pandemic, noting several significant increases in both viewership and usage. Multinational financial services firm J.P. Morgan, meanwhile, noted the increasing expansion of the streaming landscape in May, with countless new streaming platforms coming to market. Video games, too, received a mention in the firm’s analysis, with both increased usage and increased viewership on streaming platforms like Twitch.

While subscribers and usage will likely decline at least slightly once people begin to return to the office, remote work is nevertheless here to stay.
While it is likely that many will return to physical gatherings and events the moment it is safe to do so, some experts have predicted that virtually connecting with people will, for many, become the new normal. Large video chats present a compelling alternative to physical meet-ups between busy adults, many of whom might otherwise be unable to meet and speak with their friends and loved ones. As a result, though usage will likely decline in the consumer space just as in the business space, online social gatherings are here to stay.

Adapting to a newly digital world

In April, for instance, software & services review site TrustRadius measured the number of impressions each SaaS category had received since the beginning of the pandemic. Telemedicine led the pack by a massive margin, seeing a 613% increase in usage. Although the site acknowledged that this sharp growth had likely already reached its peak, it will remain an incredibly useful tool even post-COVID.
Fitness courses offered via Facebook and Instagram live. Trivia games played via smartphone apps. Board games played over video chat. Digital concerts, webinars, virtual conferences, and online events.
That isn’t to say that all industries have suffered from the pandemic, mind you.

SaaS businesses of every category likely have a positive outlook moving forward. As does any organization that can effectively leverage SaaS. This software is, after all, one of the driving factors in digitization, and will continue to support our march towards a virtual future, even once the pandemic is finally behind us.